It is no longer surprising to hear about the rate at which Desktop as a Software (DaaS) is increasingly adopted over the last few years. The trend that sees DaaS growing in popularity over VDI as a computing solution does not look like it will be slowing down anytime soon.

More and more organizations operating VDIs are switching to DaaS. To face modern market changes, it is important to see what service providers’ new strategy would be. vCloudPoint has been providing DaaS services long enough to become one of the top-quality companies in its field.

Even though VDI continues to be a valid option, our focus here is to follow the demand trends and take a closer look at how vCloudPoint facilitates the adoption of DaaS.

Photo by Alex Kotliarskyi on Unsplash

Since 2017, the DaaS market has witnessed an impressive growth of up to 50%, which should continue in the years to come. This number shows a tendency in companies adopting cloud-hosted virtual desktop solutions instead of on premise VDI.

One of the remaining reasons why some organizations are still hesitant about adopting DaaS is due to the probability of an endpoint security breach. Since it is cloud-hosted, there is lower control of configuration which may result in information leaks. Besides, there is also the problem of the rising cost of hardware as the number of users grows.

Ultimately, even though VDI requires the company to hire IT professional working personnel. VDI signature has been empowering the users with more control as compared to DaaS which forces the organization to rely strictly on its service providers. Because of few drawbacks of DaaS, it has not yet been claimed as the best choice among the two. 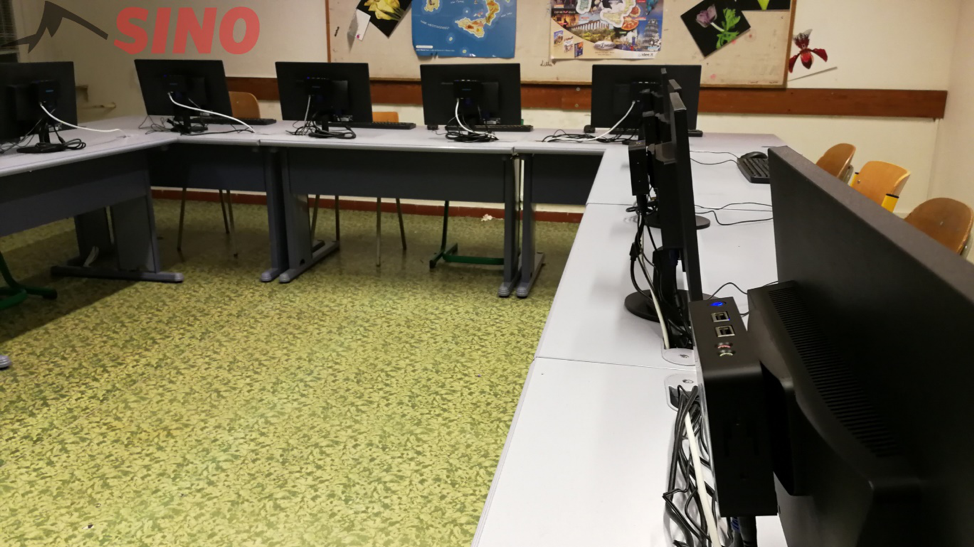 How vCloudPoint improves the experience of DaaS

Despite the obvious benefits of cloud-hosted virtual desktops like mobility and ease of access, a company has to go the extra mile to tackle the problems of DaaS. To improve clients’ experience and facilitate the adoption of DaaS, vCloudPoint has specifically designed Zero Client.

Ultra-thin Zero Client provides users with a lot of ease that would otherwise be unavailable. It does not require to install local drivers or patch upgrades. For this reason, organizations are not requested to purchase expensive computers or software licenses. Besides, Zero Client has no specific OS requirements, allowing it to be used both with DaaS and VID.

Finally, vCloudPoint has addressed DaaS flexibility problems. The ability to control and configure installments according to user needs has been one of the major setbacks of DaaS. This issue has been solved thanks to the Zero Client and vCloudPoint VMatrix server which allows for easier management of your data.

Using vCloudPoint does not require any complicated configuration, you simply need to purchase the virtual servers that suit your needs, install the required software, create your account, connect the zero clients to your monitor and log in.

For many years, vCloudPoint has been specialized to help organizations to concentrate more on their business by switching from the traditional computing infrastructure to a tailor-made virtual desktop solution.

The company has greatly assisted enterprises that have decided to adopt DaaS rather than VDI. No matter the size of your business, vCloudPoint facilitates the adoption of DaaS through its premier quality offer on all products and services: Zero Client system, the vCetrix Virtualization Manager or the Virtrix Desktop Agent.

vCloudPoint helps organization customers reduce costs, simplify management, enhance security, and boost productivity on desktop computing by replacing the traditional distributed PCs with its innovative centralized computing solutions which are combined with zero client devices with desktop management software.
Back to Top
We use cookies to ensure that we give you the best experience on our website. If you continue to use this site we will assume that you are happy with it.OkPrivacy policy